The history of cell phone carriers began before the invention of the cell phone. In 1877, the American Bell Telephone Company (named after Alexander Graham Bell) opened its first local exchange in New Haven, Connecticut. Within a few years, local franchises were established in every major city in the United States. The franchises (Bell Operating Companies or “BOCs”) were operated by American Telephone and Telegraphic (AT&T), originally known as “the long-distance company”. In 1889, AT&T acquired the assets of American Bell, becoming the head of the Bell System, and remained as such until its break-up 84 years later.

In 1893, in St. Louis, inventor Nikola Tesla demonstrated the first wireless transmission of electro-magnetic energy (the first public display of radio), which pioneered the way to modern day wireless communications. In 1894, Alexander Graham Bell’s second telephone patent expired, opening the industry up to competition (within a decade, over 6,000 regional providers emerged.). In 1901, Guglielmo Marconi, founder of the Wireless Telegraph and Signal Company, transmitted the first wireless signal across the Atlantic from North America. In 1905, Tesla designed the world’s first cell tower – The Wardenclyffe Tower, and construction began in Shoreham, New York. Due to a lack of funding the project was never completed, although had it been, it’s safe to say that wireless communications could have reached mainstream distribution long before it did. 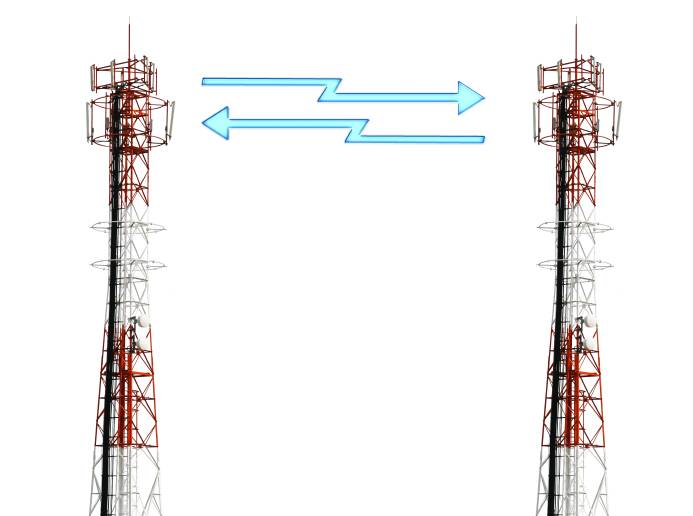 Over the next decade, telephone companies focused on building their networks using landlines. In 1915 (two years after the Bell System became a government sanctioned monopoly),Alexander Graham Bell made the first transcontinental telephone call using the world’s longest telephone line, which consisted of 2,500 tons of copper wire, 130,000 poles, three vacuum-tube repeaters, and countless numbers of loading coils. However, telegraphy remained the cheapest way to communicate long-distance until the end of the 20th Century. In 1920, AT&T developed the frequency multiplying complex, which allowed speech to be shifted amongst various frequency bands, enabling several telephone calls to happen simultaneously (and eventually eliminating the switch-board).
Even though the AT&T monopoly was sanctioned by the government (and remained so until its activities began to be restricted in 1956), many regional telephone and telegraph companies existed, such as the Brown Company, which was founded in 1899 to service Kansas, and through a series of mergers and acquisitions, was recognized as the nation’s second largest telephone company, United Telephone and Electric (UT&E), in 1925. The Great Depression caused over 3 million telephone subscribers to lose their service, and along with that, the bankruptcy and dissolution of UT&E, a major player in the telecom industry (Sprint traces its roots and operational infrastructure to the original Brown Company).
In the 1940s, AT&T began experimenting with cellular technology. Initially, a single antenna was used to service an entire region, with a capacity of just 20 simultaneous calls. Although not a cellular system, in 1946, Bell initiated America’s first commercial mobile radio telephone system. Bell, along with Ericsson, Nokia and Motorola proceeded to develop wireless telecom technologies throughout the 1950s and 60s, however it took over thirty years of dedicated technological innovations for the world’s first automated cellular network to launch – in Japan in 1979.
The FCC first allocated spectrum for wireless telecom radio systems in the 1970. In 1973, Motorola’s Martin Cooper was credited with inventing the handheld “cellular radio telephone.” Experimental wireless (cellular) systems were first deployed in Chicago and in the Washington D.C. / Baltimore corridor in 1977, and in October 1983 (the year after the FCC decided to allocate spectrum for cellular usage), the first commercial cellular system began operating in Chicago (led by Ameritech Mobile), closely followed by the launch of a cellular system in Baltimore / D.C. (serviced by CellularOne) In March, 1983, the DynaTAC mobile phone launched using the first U.S. 1G network, hosted by Ameritech (a Baby Bell).
In 1982, the history of cell phone carriers took another turn with the break-up of AT&T (which resulted from an anti-trust lawsuit initiated by MCI in 1974) was mandated based on a consent degree with the United States Interstate Commerce Commission. Effective January, 1984, AT&T was apportioned into seven independent regional holding companies, affectionately known as “Baby Bells.” The Baby Bells were: Ameritech, Bell Atlantic, BellSouth, NYNEX, Pacific Telesis, Southwestern Bell and US West. In addition to these seven, there were two companies that were only partially owned by AT&T, which functioned as monopolies in their respective coverage areas: Cincinnati Bell and Southern New England Telephone (SNET). The Interstate Commerce Commission, who was responsible for the break-up of American Bell, designated 734 markets (306 metropolitan and 428 rural) nation-wide, and allowed the newly formed wireless carriers to apply for spectrum licenses to service these areas. (Click here to see the U.S. Frequency Allocation Map). In an effort to deter monopolies in the telecom industry, the Commission decided that cellular service would be competitively provided by at least two carriers per market. The breakup did, indeed, lead to a surge of competition from new telecommunications companies, such as Sprint and MCI.
In 1985, there were just 340,213 mobile phone subscribers, but by 1990 this number had already surpassed 5 million. This was the year that the FCC reallocated spectrum at 2 GHz for emerging digital mobile services. In 1992, the first cellular system using CDMA technology was successfully launched by Qualcomm. At 2012 year-end, there were 326.4 million subscribers in the U.S. alone. By 2014, the surge in data wireless networks are projected to carry 40 times the capacity they carried in 2009, mostly due to mobile devices and data traffic. In fact, by 2020, a majority of people in the world will be using their mobile devices (Smartphones and tablets) as their primary Internet tool.
The telecom industry’s race to gain control of the largest population mass of potential consumers has been a long-standing American tradition. Today, there are 4 major wireless players that service the vast majority of the market (“The Big Four”), and over one hundred small facilities-based providers that serve specific geographical areas – mainly rural. Since the Telecom Act of 1996, which loosened Federal restrictions placed on carriers, these smaller providers have been consolidating with larger companies. In fact, its been difficult for them to remain independent. AT&T and Verizon are competing neck-to-neck for dominant control of the market with Sprint and T-Mobile just around the bend. Consumer demand for wireless voice and data services shows expected exponential growth. To meet this demand, AT&T alone will build 10,000 new cell sites, 40,000 small cell sites and 1,000 DAS systems by 2014. It’s safe to presume that Verizon will closely match this number, with Sprint and T-Mobile not far behind. The United States is one of the most advanced LTE (long-term evolution, eg: 4G) markets in the world. Each of the Big Four wireless carriers has projected that its LTE rollout will cover a population base of at least 200 million by the end of 2013.

WHY WOULD AMERICAN TOWER WANT TO PURCHASE AN EASEMENT OR EXTEND YOUR LEASE FAR IN ADVANCE OF ITS EXPIRATION?

This is because the revenue that American Tower generates is tied to its ability to keep the tower on the property. Since the typical lease provides that the lease can be terminated only by ATC, this amounts to a one-way commitment on behalf of the landowner.

There are three primary motivators for American Tower to extend or purchase existing ground leases:
Because of substantial, competing interests in ground leases by third-party buyout companies (especially those under tower company towers), ATC has been proactive (and some might say aggressive) in its efforts to acquire or extend its existing ground leases. This often leads the landowner to perceive that they must do something with their lease immediately, even when that’s not the case.
Over the last 15 years, Steel in the Air has assisted over 700 landowners who have been contacted by American Tower Corporation regarding lease proposals, extensions, and buyouts. We have reviewed thousands of proposals from ATC. As part of our day to day operations, we track these proposals so that our clients have the benefit of knowing what American Tower offers initially and what they will ultimately agree to. We can bring this experience to bear on your situation, and provide actual knowledge of how ATC negotiates and either negotiate or assist you in negotiating your lease with American Tower Corporation.

THE EVOLUTION OF THE TOP TEN WIRELESS CARRIERS

Below are the top ten wireless carriers (in terms of their subscriber base).
Wireless Carriers and Spectrum Wireless carriers use portions of the electromagnetic spectrum (corresponding to radio frequencies) to satisfy their subscribers’ needs for mobile broadband (voice and data) services. In the United States, the FCC is in charge of allocating spectrum for various purposes, and when it “releases” spectrum, it traditionally becomes available for purchase via an auction process, wherein the highest bidder wins. However, there are rules: The FCC imposes a limit on “spectrum aggregation,” which happens when one company owns more than 33% of the licensed airwaves in any given market. The rules are typically enforced when one company buys another and acquires its spectrum assets. Recently wireless carriers have been petitioning the government in an attempt to convince the FCC to release additional spectrum for purchase, stating that its necessary to effectively meet consumer demand. The FCC has responded, in part, by suggesting that new technologies should be deployed that would prepare carriers for “spectrum sharing.” A report by the President’s Council of Advisors on Science and Technology (PCAST) stated that spectrum sharing would “multiply the effective capacity of spectrum by a factor of 1000.” Wireless leaseholders would see this effect by an increase in carrier collocation on towers. In addition, since sharing of the same spectrum would naturally imply the use of standard technologies, leaseholders can also expect to witness a nationwide rollout of LTE upgrades to existing cell sites. However, the more exciting news is the FCC’s 2014 Spectrum Incentive Auction, which will release airwaves in the 600 MHz band. The Incentive Auction is presumed to have these effects: 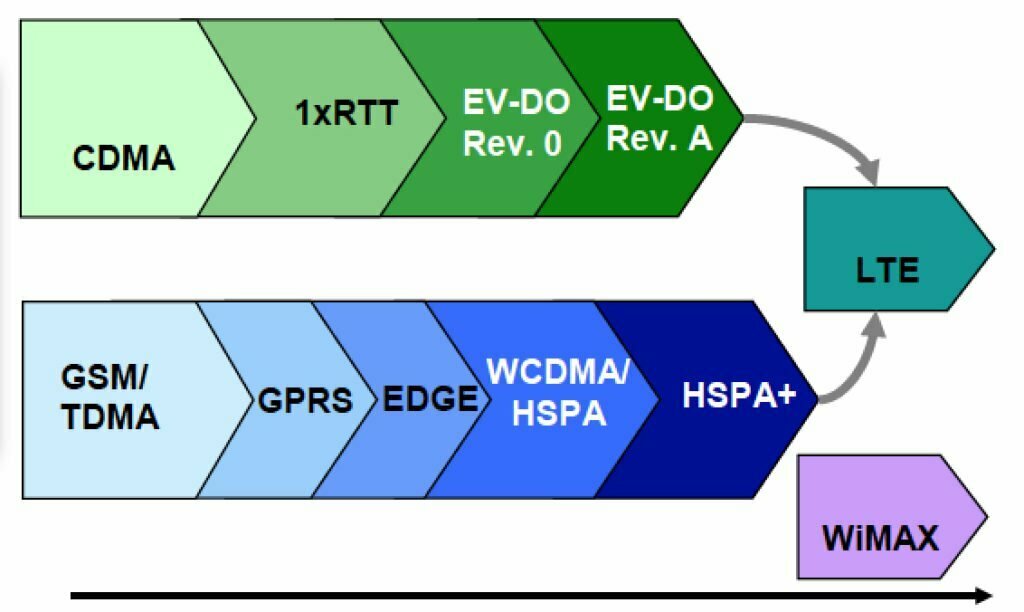