HOW CAN WE HELP?

On September 6, 2013, American Tower Corporation announced the acquisition of MIP Tower Holdings, the parent of Global Tower Partners. At the end of 2nd Quarter 2013, ATC owned nearly 28,000 towers in the US, and managed approximately 9-10K rooftops. It also owned over 34,000 international cell sites. The acquisition of Global Tower Partners adds approximately 5,400 towers in the US, along with 9,000 rooftop sites, and gives ATC an increased presence in several top urban markets, including New York, San Francisco and Washington, D.C. Significantly, GTP’s towers have room to grow in terms of additional tenants, averaging two tenants each, compared with ATC’s 2.5 tenants, and have the capacity for four tenants. Because the towers have not reached capacity, they are ripe for carrier collocation.

In addition to individual landowners, building owners and local governments, American Tower Corporation generates revenue by collocating space on their towers to wireless carriers. In the US, this revenue comes mainly from the “Big Four,” AT&T (17%), Sprint (14%), T-Mobile (9%), and Verizon (11%). Thirty-four percent of its revenue comes from international carriers and 15% from other domestic carriers.

American Tower Corp acquired most of their tower portfolio through larger historical acquisitions of Airtouch, Alltel, Cingular, and Nextel. It also builds new towers, leasing land from landowners. In 2013, ATC indicated that it expects to build up to 2,750 new towers globally. To do so, they it must contact landowners to enter into what the industry refers to as a ground lease. If you have been contacted by American Tower Corporation to lease your land, please see our separate page on how to evaluate American Tower Proposed Cell Tower Leases.

In 2014 Q4, AMT added and/ or extended 500 leases, with an average of 34 years remaining to term. Currently over 64% of its leases are associated with properties that have at least 20 years remaining until expiration. Of the towers ATC owns in the U.S., approximately 90% of them are on property where the tower in subject is the only lease the landowner has with ATC. That means that ATC is party to leases with over 20,000 individual property owners.

AMT states a goal of increasing this metric up to 80% within the next three years, which means that landowners with ATC leases that are set to expire in less than 20 years, will be hearing from American Tower imminently to discuss lease extension agreements. This is because the revenue that American Tower generates is tied to its ability to keep the tower on the property. Since the typical lease provides that the lease can be terminated only by ATC, this amounts to a one-way commitment on behalf of the landowner.

There are two primary motivators for American Tower to extend or purchase existing ground leases:

Because of substantial, competing interests in ground leases by third-party buyout companies (especially those under tower company towers), ATC has been proactive (and some might say aggressive) in its efforts to acquire or extend its existing ground leases. This often leads the landowner to perceive that they must do something with their lease immediately, even when that’s not the case.

Over the last 10 years, Steel in the Air has assisted 400-500 landowners who have been contacted by American Tower Corporation regarding lease proposals, extensions and buyouts. We have seen thousands of proposals from ATC. As part of our day to day operations, we track these proposals so that our clients have the benefit of knowing what American Tower offers initially and what they will ultimately agree to. We can bring this experience to bear on your situation, and provide actual knowledge of how ATC negotiates and either negotiate or assist you in negotiating your lease with American Tower Corporation.

There are five proposals that landowners receive from American Tower:

Please contact us to discuss any questions you might have about a proposal you have received from American Tower Corporation. The initial discussion is free and once we talk to you and understand your needs, we can advise you as to what the costs would be should you choose to retain our services. Unlike our competitors, we offer the flexibility of either a fixed fee consulting service or a contingency based service. 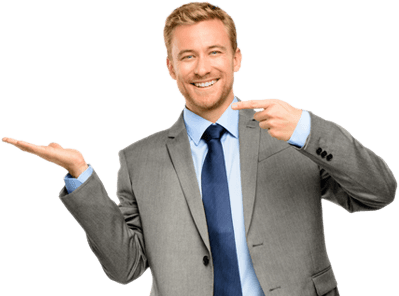