The leaseholder is the entity that owns the property on which a cell tower is erected, or the structure (other than a tower) upon which a cell site is mounted. The leaseholder collects revenue from wireless carriers and/or tower companies in exchange for the right to access their property for the erection of a tower or the installation of a cell site. Technically speaking, the entity that owns the land or structure is considered the LESSOR, while the wireless carrier or tower company leasing access to that land or structure is considered the LESSEE. (If an easement is used, the terms would be GRANTOR and GRANTEE, respectively).

According to the FCC’s annual report on the Wireless Industry, consumer demand for higher speeds, brought on by robust and rising Smartphone and tablet usage, will drive future demand for cell site leasing. The number of cell sites in the U.S. alone is expected to surpass 400,000 by 2015. This is good news for property owners and public entities who are party to cellular leases.

There are a few different types of cellular leaseholders, and their needs vary depending upon which type they are.

In this case, the wireless carrier (Lessee) is leasing ground space from the landowner (Lessor) for the erection of a tower and installation of equipment on the ground underneath the tower. In most cases, the landowner does not own the tower. In a few rare situations, there is no tower, only ground-mounted antennas. 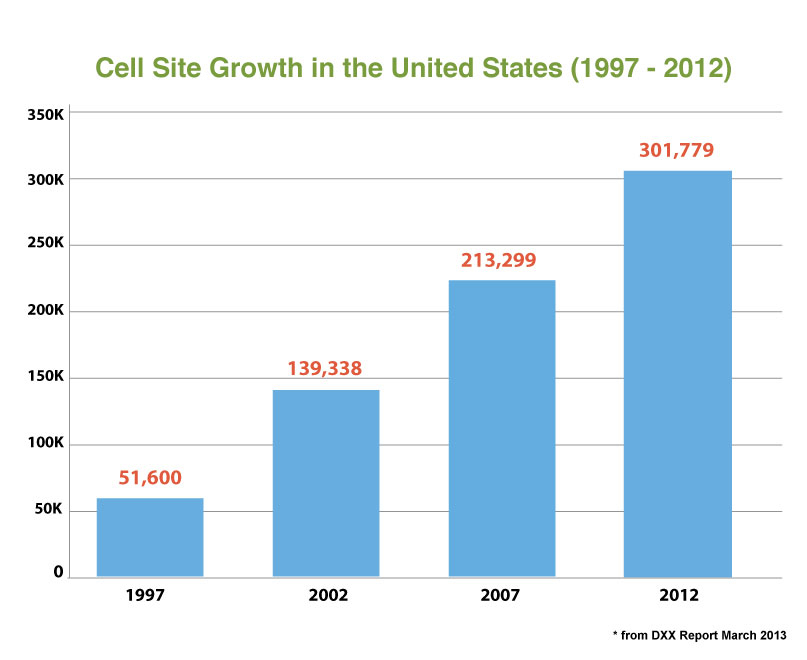 In this situation, the Lessor owns the actual building upon which the cellular carrier (Lessee) is leasing space for their antennas. Typically, but not always, the transmission equipment is mounted on platforms on top of the roof. In some cases, though, it may be mounted on the ground or inside a room of the building. The latter case is true, especially in the deployment of DAS and small cell technologies.

Steel in the Air assists private landowners, commercial property owners, local governments and public entities who have been approached for the following: