As we approach the end of 2022, we thought it might be helpful to summarize what we have been seeing with new leases and existing leases in rural areas. (Please do not contact us about how you can get a tower on your property – it is not something we do. Please see our article on How to Get a Cell Tower on Your Property for more details on how you can try to do it yourself).

Activity on New Cell Tower and Leases in Rural Areas

In the last few years, there has been a decent amount of activity in building out rural areas with additional cell towers. The Big 3 wireless carriers (AT&T, T-Mobile, and Verizon) have all improved their coverage in rural areas.

AT&T:  AT&T was awarded the FirstNet contract. FirstNet is a nationwide broadband network intended to assist first responders with wireless public safety communications. The FCC auctioned off spectrum that the winning bidder could use if they agreed to the following: (1) expanded network capabilities especially in rural areas, and (2) priority access to the network by First Responders. As a result, AT&T has been adding rural towers across the United States to meet their coverage requirements. AT&T is adding approximately 2,000-3,000 new cell sites per year. 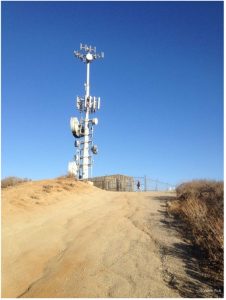 Verizon:  In an effort to keep public safety users on their network, Verizon has also continued to build out rural areas with low band spectrum like that which was awarded to AT&T. Verizon is also building a few thousand new sites per year across the country.

T-Mobile: Although it has slowed within the last two years, T-Mobile was aggressively building out new areas where they did not have coverage. T-Mobile desperately wanted to be seen as similar to AT&T and Verizon in terms of nationwide coverage, so they built sites in rural areas to fill in gaps in their coverage map. However, that effort has slowed in the last two years as T-Mobile focused on deploying 5G across its network (75% complete) and integrating the Sprint network and towers into their own network.

Wireless Internet Service Providers (WISP) have been active in the last few years in deploying broadband to underserved areas – i.e., those neglected by the Big 3 wireless carriers. Currently there are 2,800+ WISPs in the United States. These WISPs collectively serve 6.7 million subscribers across the US. (Compare that to AT&T – who serves 196 million wireless subscribers across the US).

We estimate that there are approximately 5,000 new cell towers built annually in the United States. In most cases, carriers and WISPs need new towers to provide service to the more rural areas.  They either self-perform (build the towers themselves) or they use third party tower companies to build the towers for them. The industry calls this “build-to-suit.” There are a few hundred small and mid-size private tower companies that build towers for carriers. Here is a list of the biggest cell tower companies in the US.

In the last 5 or so years, we have seen a new breed of tower company emerge. These tower companies focus on building new towers near existing towers. The objective is to relocate wireless carriers who are paying high rents on the existing towers to the new towers for a reduced rent. This is known as “overbuilding” or “build-to-relo” tower development. The largest of these tower developers is Tillman Infrastructure, who has built more than 1,000 “build-to-relo” towers near existing public tower company towers.

Click the links below if you want to see who has fixed wireless internet in your area (note we have no affiliation with any of these entities or services):

The net result of all this activity is as follows:

Activity for Existing Cell Tower and Leases in Rural Areas

Next, we examine what is happening with existing cell towers.

The rural expansion mentioned above is positive for most landowners with existing towers on their property.  Wireless carriers and WISPs alike prefer collocation on existing towers first. Collocation is when a carrier leases spaces on a tower from the tower company to install their equipment. There is a direct correlation between the value of a ground lease and the number of carriers on the tower. Towers with more carriers tend to have more valuable ground leases.

For some of the earlier towers built in rural areas, the original leases are near expiration. The typical cell tower lease lasts 25 years and there were a lot of towers built in the late 90’s and early 00’s which are now coming up for expiration. Landowners under these towers are likely getting a number of calls and inquiries about extending these leases from the tower owner. We have found that lease rates for expiring leases are typically higher than lease rates for new leases. Thus, what you negotiated 25 years ago does not need to be what you accept today. This is especially true with rural leases. With new leases, the lease rate is typically determined by what your neighbor would accept for a tower. With expiring leases, the tower owner would have to pay for an entire new tower which can easily exceed $400,000 or more.  Thus, most landowners in rural areas with expiring cell tower leases are in a better position at expiration to negotiate than when they originally signed the lease. 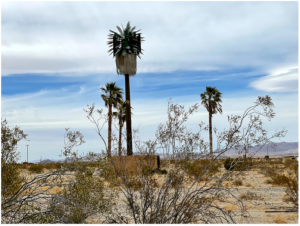 Most landowners with cell tower leases (rural or urban) have also received offers from multiple companies to buy their leases. Over time, these offers have continued to increase. Offers in 2022 have been higher than at any point in the past. Offers are consistently exceeding 18 times the current annual rent from the cell tower lease. For example, if your lease currently pays $10,000/year, companies are willing to buy the lease for $180,000 or more. That doesn’t necessarily mean that landowners should sell their leases though. While we doubt that offers will continue to climb, we also feel more secure about the longevity of most cell tower leases. Thus, the decision to sell should be one that is based on what is best for you in the long term – whether that means keeping the revenue stream or selling the lease for a lump sum.

Generally, wireless providers and WISPs will continue to build in rural areas, improving the availability and reducing the cost of wireless broadband and mobile service. Further, cell towers and cell tower leases are here to stay. They remain desirable additions to property and add value to the land. If you need assistance with a proposed lease or an existing lease, please don’t hesitate to contact Steel in the Air. As a reminder, we are unable to help you get a new lease on your property or find new revenue sources for your existing lease, no matter how great of a location you have.

Update on 2022 in Wireless- analysis and expectations.