Every year, we put together our prognostications for the coming year. This year, we are obviously a little late – primarily because the beginning of the year has been very active for SITA. In the final days of 2017, I drafted a “State of SITA” email to our staff, predicting that 2018 would be the Year of More. And that’s just what we are seeing – more of everything. More proposed new leases – both from carriers and tower companies looking to build new towers. More amendment activity on existing sites as all four carriers are actively pursuing applications for site mods. More lease extension offers and more lease buyout offers with more rent or more money, respectively. More of our clients are seeing substantial offers to acquire their leasehold interests at a premium. So, what does that mean for 2018?

1. 5G Becomes Closer to Reality and Farther from Carrier Fiction. 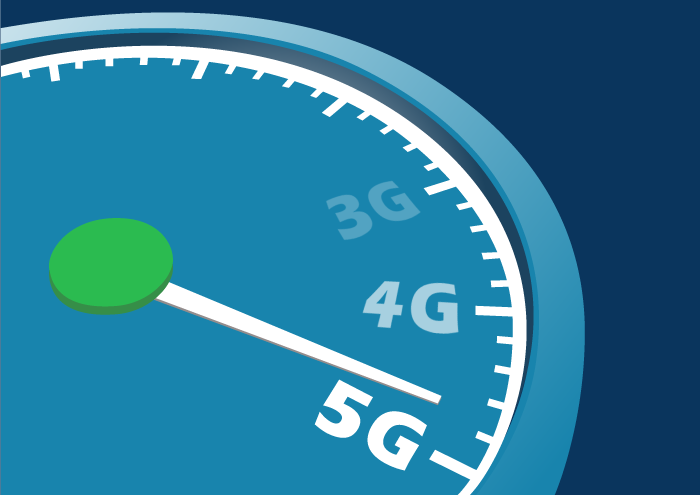 Anybody else annoyed with 5G hype? Seems like you can’t look at the trade magazines or TV ads or newspapers without seeing an article or ads with one carrier proclaiming why their 5G vision is better than the others. Hint: 5G has the same potential for each carrier. Their visions are different because the carriers don’t have the same spectrum or fiber. With 5G being so encompassing in terms of wired and wireless technologies, it necessarily will be deployed differently for each carrier.

Guess what, each cable company, fiber provider, and wireless internet service provider will have their own distinctive brand of 5G. But the good news is that instead of the vague marketing hype, we are already starting to get more specific but still preliminary information about the 2018 and 2019 strategies early in 2018.

This trend will continue when we start to see actual deployments. As previously stated, we are seeing more applications for site modifications on behalf of our clients. Some of these actually have pre-5G equipment specified, and, as the year goes on, we will see actual 5G equipment being deployed. While it may be pre-standard, it is critical to remember that 5G is an evolution, not a revolution. (Bring on the comments.)

2. Whatever the G, It Still Means More Macrocell Activity. 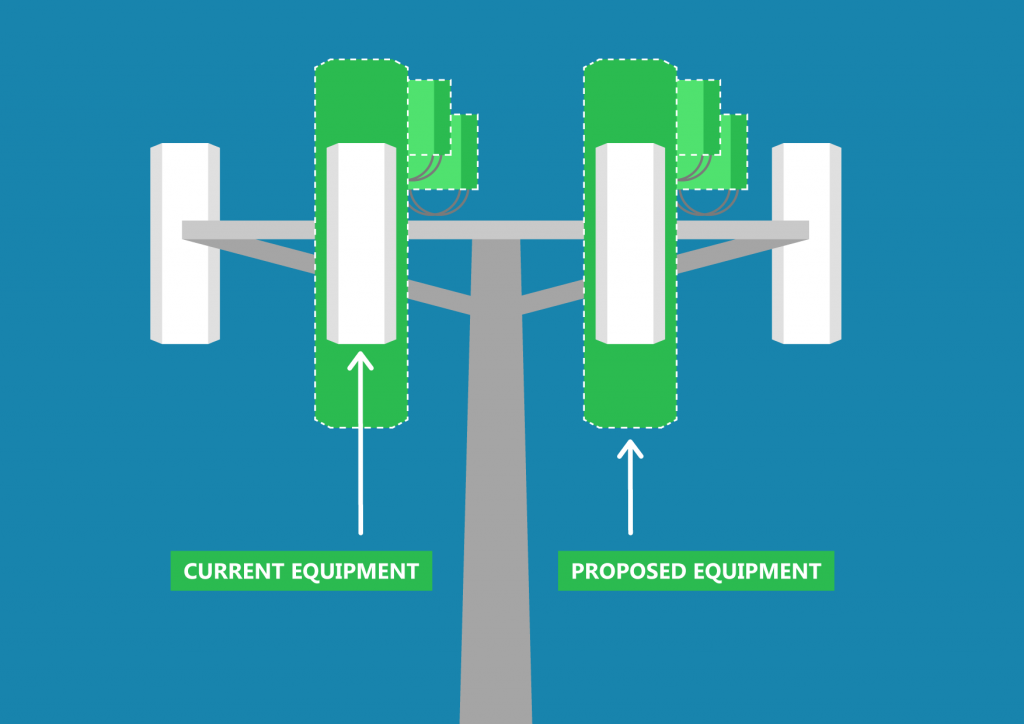 Every year around this time, we are asked how this year stacks up against the previous year in terms of carrier activity, especially as it pertains to tower companies. Most years, we tend to be optimistic, but this is probably the year we are most optimistic about.For the first time in years, we are seeing actual, repeated, and specific activity by Sprint. Vendors are actually hiring to staff Sprint projects, applications are coming in, and projects that were on hold for years are coming back up.

Landowners are being contacted by Lendlease on behalf of Sprint and by Sprint directly. Mobilitie is actively pursuing small cell applications (the normal way this time). This is on top of AT&T FirstNet activity (2H 2018), T-Mobile rural expansion, and Verizon’s continued steady-eddy development. It’s a good year to be a tower company other than projections #3 and #7 below.

3. And Carriers Are More Willing Than Ever to Consider Alternatives to Existing Towers. 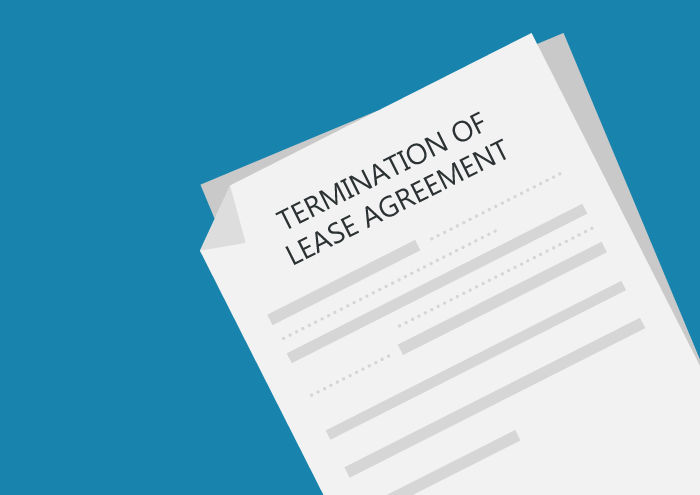 Why? Because carriers are less willing to accept high-dollar sites, especially when they have build-to-suit tower companies that are willing to make questionable investment decisions to build new towers next to existing towers. Furthermore, structural capacity issues of existing towers will strain the ability of wireless carriers to make site modifications without substantive structural modifications required to the tower. Rather than put more money into OPT (other people’s towers), the carriers will see the opportunity to build another tower adjacent to the existing tower, thereby limiting their future Opex and pushing Capex to an asset they own.

Still thinking that this won’t happen in scale? What we are seeing day to day suggests otherwise. Fortunately, the terminations may not immediately impact TowerCo revenue, but they will in the future as the underlying leases expire or to the earliest date that they can be terminated. Already, some tower companies like American Tower are starting to tell landowners that they can’t offer terms as good as previously on lease extensions because they have received non-renewal notices from AT&T. (As an aside, we also expect to see more announcements similar to that of Crown Castle’s, where they extended some of their underlying Master Lease Agreements in order to prevent further lease terminations.) 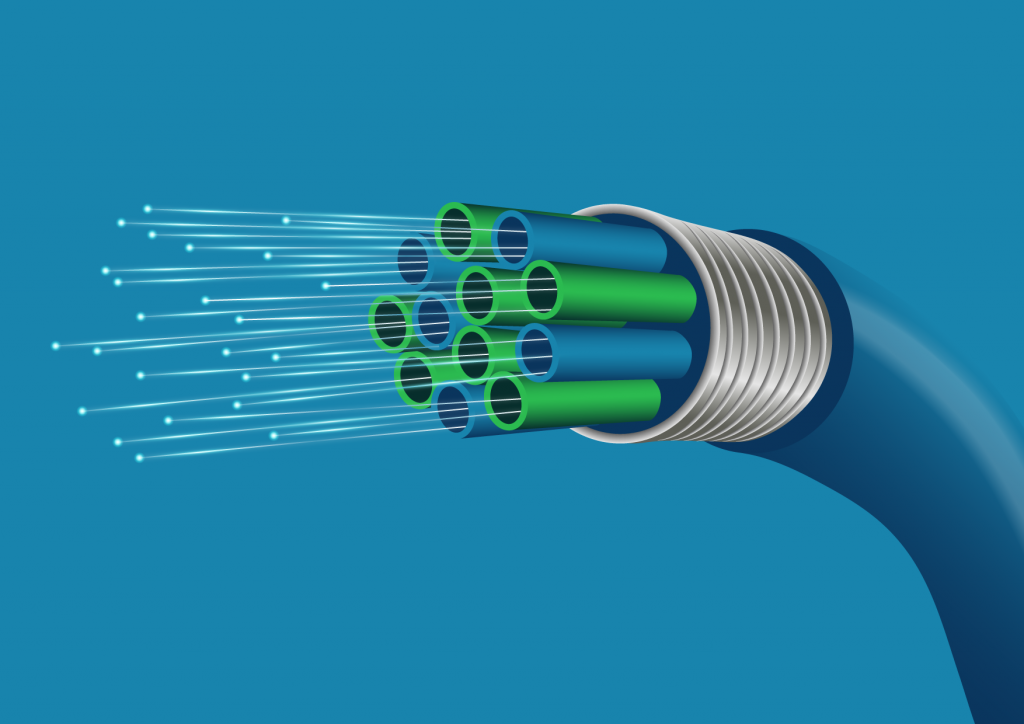 The carriers who don’t have fiber will find themselves rushing to deploy it as 5G becomes closer to reality and customer expectations are measured against wireless carriers that have dense fiber. Having 5G-capable wireless transmission equipment won’t mean much if the end user can’t use 5G because of too many users and too little fronthaul/backhaul. Already, Verizon has hinted that 2018 Capex will be skewed more toward fiber than 2017. AT&T announced in March that they anticipate that fiber deployment will accelerate, which was partially due to the 2019 deadline for deployment to 12.5 million homes as a result of an agreement with the FCC during the DirecTV acquisition.Expect the same from other carriers. We had this same projection in our 2017 projections, and we expect this year to be even better. 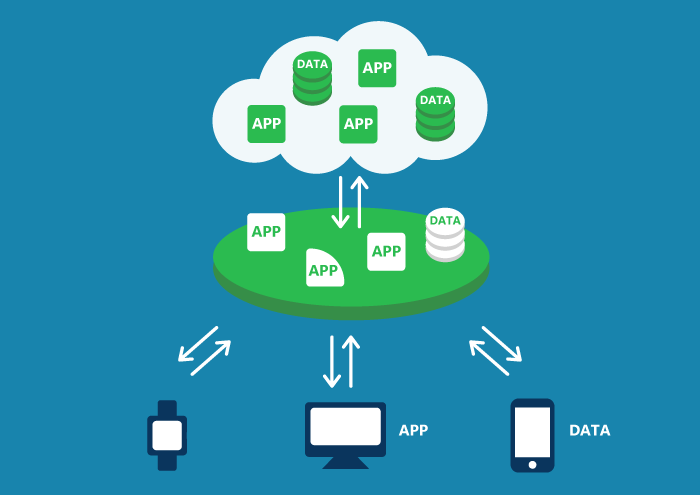 Not familiar with edge computing? To quote Wikipedia, edge computing “is a method of optimizing cloud computing systems by performing data processing at the edge of the network, near the source of the data. This reduces the communications bandwidth needed between sensors and the central datacenter by performing analytics and knowledge generation at or near the source of the data.This approach requires leveraging resources that may not be continuously connected to a network such as laptops, smartphones, tablets, and sensors.” In other words, it puts computing resources closer to the end user.

What is required for edge computing? The oversimplified answer is that three things are needed: fiber, power, and a secure location for equipment. Guess who has all three of these in spades: wireless providers, cable companies, fiber entities, and tower companies. Expect to see a flurry of announcements about edge computing in 2018, with intensity ultimately rivaling that of 5G announcements. But, like 5G, these will still be more hype than reality, at least for another year or two.

6. But the Road to Deploying Small Cells Isn’t Settled Yet! 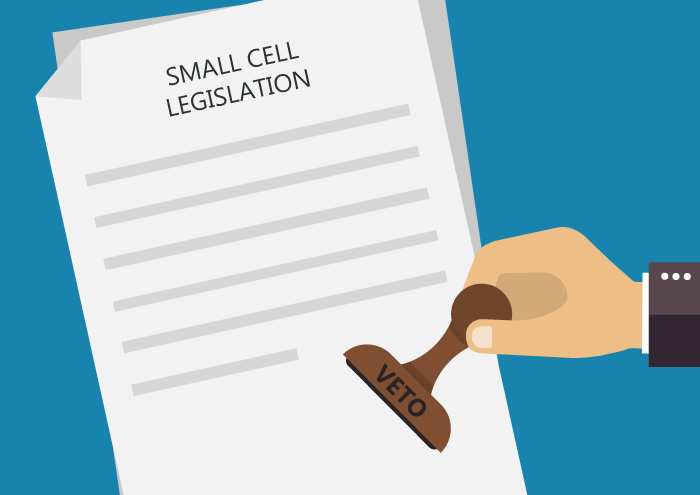 After a series of victories last year in statewide legislation, the carriers and tower companies suffered a setback in the vetoing of similar legislation in California. Industry favorable legislation will be introduced again in CA and perhaps passed if the wireless industry is willing to back down the totality of their demands. However, cities are starting to see what good small cell deployment looks like and what bad small cells deployment looks like.

More information is available about small cells that are more positively received or just not noticed, and those installations that, on their face, are objectionable. Some short-sighted companies (not just one that starts with “M”) have deployed some really bad small cells/macros/mini-macros on utility poles and on new poles in the Right of Way (ROW). (See the City of Santa Rosa vs Verizon – which suggests that just because you have the right to install something ridiculous doesn’t mean that you should.)

Cities are becoming more intelligent and will start to demand attractive small cells. I suspect that we will see more intelligent and organized opposition to statewide legislation while simultaneously seeing the wireless industry increase the pressure through lobbying and contributions to state legislators. We will also see some state legislators cave to pressure from their constituents when the above-mentioned short-sighted companies install ugly small cells in front of people’s homes and businesses. We are already seeing municipalities draft contracts that protect their interests better, even in states with small cell legislation. Don’t get me wrong, I suspect that the industry still comes out ahead at the state and federal level overall, but we will see municipalities be innovative as well in how they maintain their ROWs.

7. All of This Activity Requires More Capable Workers, Which the Industry Simply Doesn’t Have. 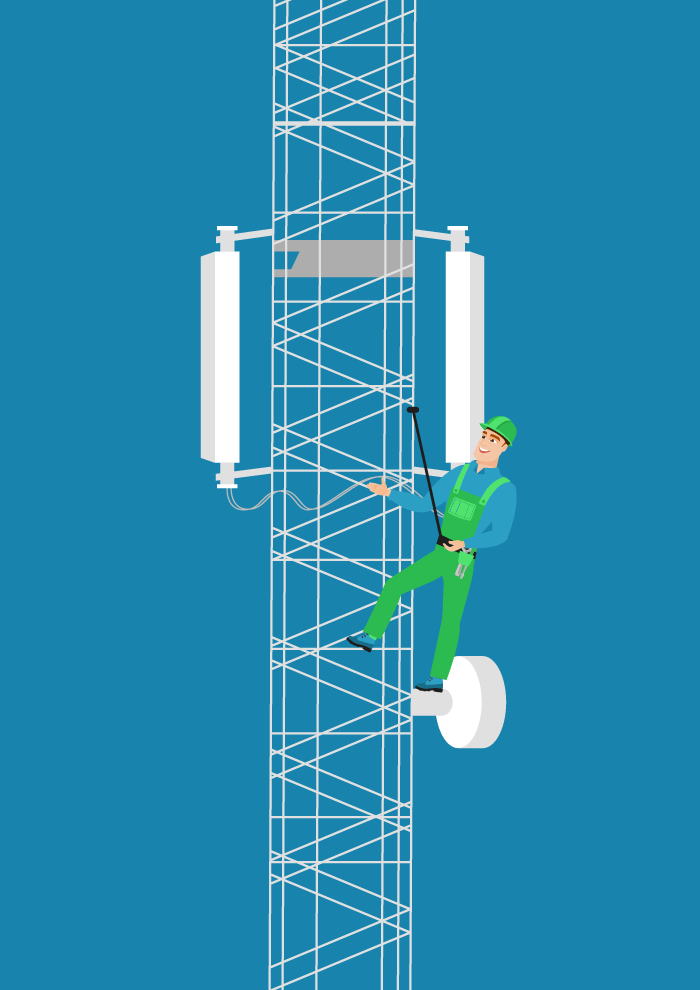 The only thing that will hinder the Year of More is not enough qualified tower crews. In our regular discussions with industry vets, the same topic comes up: where can we find tower crews to do the work?

The irony is that the wireless carriers helped cause this labor shortage by driving the price down so effectively that many tower construction companies found other non-wireless work rather than accept sub-standard terms.

8. 2018 Will be the Year for Landowners to Secure Their Cell Tower Lease Revenue. 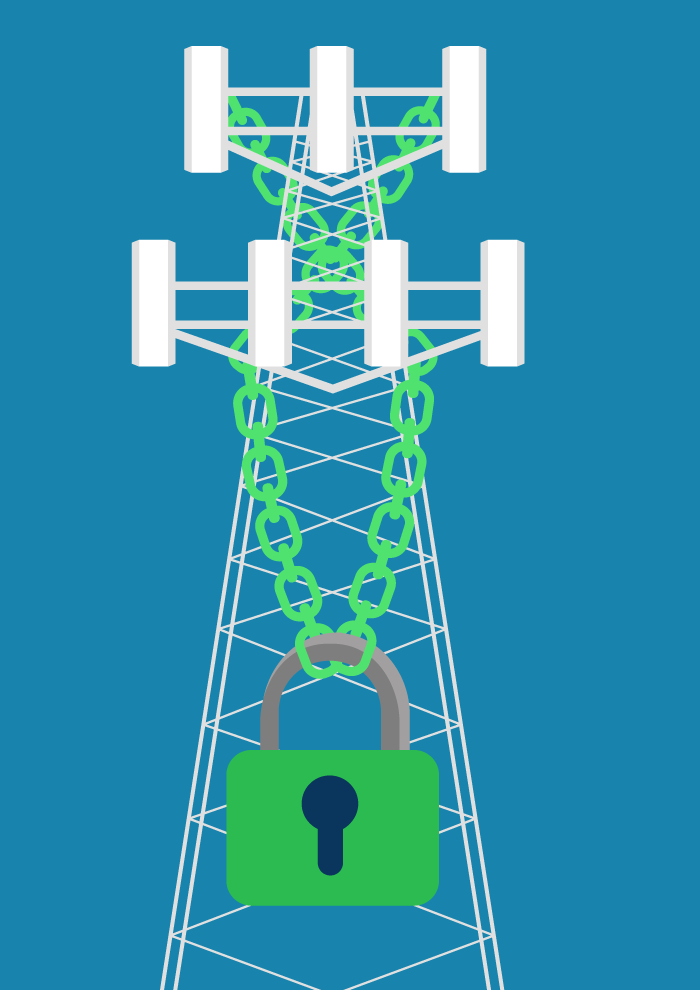 2017 was the first year where we started advising our clients that securing their cell tower lease revenue was more important than maximizing it. The wireless service provider toolbox has more tools in it than ever before to relocate/terminate high-dollar sites. That’s not to say that the carriers won’t continue to pay top dollar for unique locations, just that some locations that were previously unique are no longer unique.

That means that smart landowners/building owners will endeavor to understand the risks to their cell site/cell tower lease, especially if the lease rate being paid for the cell site is significantly higher than average. Depending on the location and the availability of other options (small cells, new build-to-suit towers, cell splitting), you may find that it is better to sell the lease or accept some small concessions in order to gain long-term security in your lease.

The year of 2018 offers a wide range of opportunities and uncertainties. Devil is in the details, and it’s all about how you play your cards. If you’re a wireless sector investor and want to talk through our projections and how they might impact the wireless stocks, we can be engaged for short discussions or more in-depth analysis of the sector.  If you are looking for real-time data about what is actually happening at the collocation lease level or with equipment modifications- we have it in spades.
If you are a landowner or an existing client of Steel in the Air, please get in touch to schedule a free consultation to discuss your needs and if/how we can help. You can reach me on LinkedIn with a message or contact us here.

The main points non-technical reporters get wrong about 5G