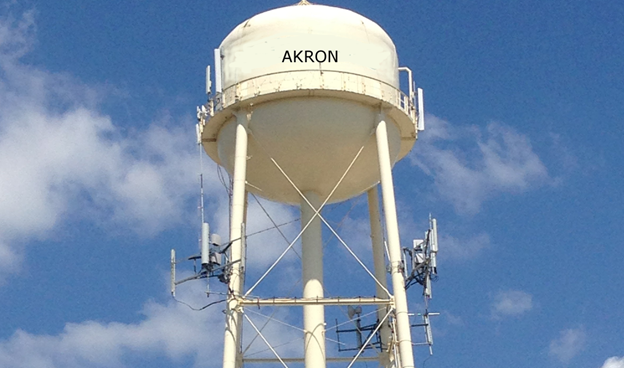 The City of Akron has decided to sell its cell tower and water tower leases to Everest Infrastructure Partners. Curious who they are? The founders are previously from Tristar Investors- a company that purchased easements under tower company towers in order to sell them back to the tower companies. I can’t say whether Everest has the same business model. What is interesting though is that Everest paid a pretty penny for these assets.

Why Cities Should Think Hard Before Selling Leases

Typically, we advise cities against selling their leases because the sale limits the ability of future city councils to use the underlying properties as they see fit. For example, in this case, the City of Akron won’t be able to tear down these water towers at the end of their life or redevelop the underlying properties where the towers sit. That may not be an issue in this case depending upon the location and age of the properties/water towers. We also advise against selling of leases because the buyout offers for the leases aren’t nearly as high as what Everest Infrastructure Partners paid here. With this type of multiple of cashflow, this transaction is more like that of a tower acquisition than a traditional lease buyout. That’s because Everest gets the current and future revenue from these structures and properties that were sold and the City gets none.

But Cities May Not Have a Choice

Of course, there are many cases where cities like Akron don’t have another immediately accessible source of funding that doesn’t require raising taxes and must turn to liquidating assets like these cell tower leases. Here the City of Akron was facing a significant cash crunch. We have worked with two other Ohio cities that also ended up selling their leases. In both cases, they evaluated whether the location of the tower or water tower would potentially impact future expansion or development plans. After evaluating the potential sale, they determined that they could live with the future obligations.

The Lease Buyout Market is Back

Another point of interest is that the lease buyout market is getting frothy- we are seeing more entrants and higher offers than at any time in the last few years. For example, we just received a call from a company that had shut its doors and has now found funding to buy leases again. If you are considering selling your lease, it may make sense to look at doing it now. If you need to know more about lease buyouts- we have a very handy and complete website about the subject- www.celltowerleasebuyout.com.

Give us a call and we can help you ascertain the market value of your lease and walk you through the options related to selling.

Desperate to Get Back at the Tower Companies: The Verizon, AT&T, and Tillman Infrastructure JV