Our Wireless Forecasts For 2020

Our Wireless Forecasts For 2020

. Wireless service providers launched their commercial 5G networks to a lot of fanfare but not many accolades from the actual users. 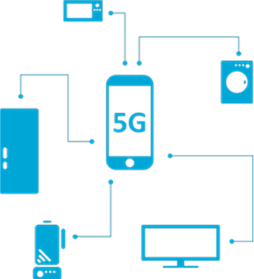 For wider area low-band networks like T-Mobile’s “nationwide 5G,” users found limited improvement in throughput and latency. For Verizon’s mmWave networks, throughput and latency were dramatically improved but only when there was sufficient 5G coverage. Make no mistake, 5G will eventually be impressive, but not in 2020. Users will start to receive the benefits this year even if they don’t realize it. Just don’t plan on a self-driving car or remote surgery or killer 5G apps, at least not in the next two years. The primary reason for 5G being underwhelming is that none of the WSPs have deployed a robust enough 5G network for the benefits to be realized. We expect 2022 to be the year where 5G reality catches up with 5G promise and market hype.

2. However, 5G Development Will Accelerate 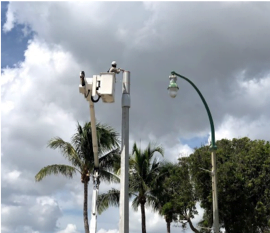 Despite the lackluster reception (no pun intended) of 5G by consumers, 5G deployment efforts will accelerate in 2020. Verizon has been aggressively pursuing small cell deployment and launching markets with mmWave. T-Mobile and Sprint will jump both feet first into the deployment of mid-band 5G if the merger trial swings in their favor. If not, T-Mobile will either need to enter a spectrum sharing deal with Sprint and/or DISH or will have to rapidly increase densification and spectrum acquisition to deliver 5G expectations. AT&T will continue to deploy low-band and mmWave 5G unabated.

3. Some Carrier CapEx Migrates from Macrocells to Small Cells/Fiber. 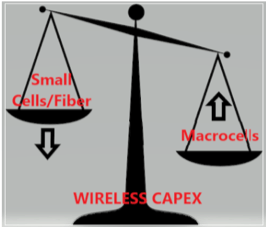 Overall, carrier CapEx will be flat to slightly down this year, while the ratio of CapEx on macrocells/small cells will adjust slightly towards small cells. The macrocell centric push over the last two years was primarily driven by modification activity for 4G and pre-5G, which is now substantially completed as T-Mobile’s 600MHz build and AT&T’s First Net builds approach 75% to 90% complete. The wild card here would be if the courts reject the Sprint/T-Mobile merger – Sprint will need to accelerate 2.5GHz reallocation and Massive MIMO deployment to keep up if a standalone company, sell spectrum or share it, or see if another entity wishes to acquire it. (DISH?)

4. Public Opposition to New Small Cells and Towers Will Be at Its Highest Point Ever. 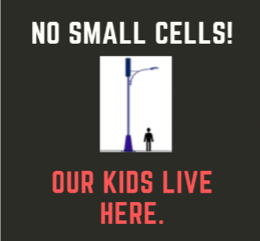 We have been tracking news alerts about zoning hearings for towers and small cells for nearly 15 years. We can easily conclude that public opposition is at an all-time peak. The proximity of small cells to homes, neighborhoods, parks, and schools causes a significant concern for citizens (right or wrong), and there are ample outside influencers trying to push the narrative of small cell health risks for reasons other than actual concern over health. Unfortunately, wireless service providers seem intent on pursuing clearly objectionable locations despite the public outcry – a strategy we believe will ultimately be short-sighted and lead to further litigation and delays as cities reject applications to assuage the public despite the possibility of losing in court.

5. FCC and State Authority Regarding Small Cells Is Rolled Back Further.

Previous cases related to the FCC’s actions regarding small cells on federally-controlled lands have rolled back FCC authority related to small cells as it pertains to environmental review. 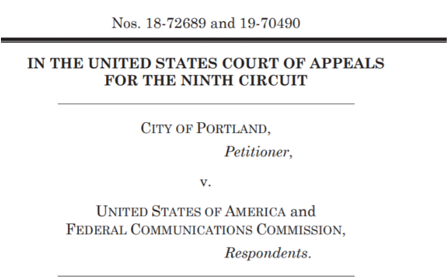 Thousands of cities, directly and through state associations, have joined to file suit in the City of Portland v. FCC regarding the FCC’s Declaratory Ruling and Third Report & Order (Accelerating Wireless Broadband Deployment by Removing Barriers to Infrastructure Investment). The FCC’s action limited municipal application fees in most cases to below cost, and attachment fees to municipal property to below market, as well as substantially removing local zoning review authority over small cells. At the state level, there has already been successful litigation that will certainly impact small cell placement in the public right of way. There are currently lawsuits at the state level in some states rejecting the constitutionality of small cell statutes, especially as it pertains to fees. We anticipate that the federal courts will at least, in part, roll back the FCC’s authority in the Third Report. We surmise that the fee component is more at risk for reversal than the removal of zoning authority by municipalities. If the FCC authority is struck down or limited as it pertains to fees, the legality of fee restrictions at the state level will be in question as well but on a state-by-state basis. Relatedly, in 2019, the State of California Supreme Court confirmed the City of San Francisco’s right to review and reject small cell applications on the basis of negative aesthetic impacts to the public right of way.

6. The Frothy Market for Tower Acquisitions Will Peak.

While there has been an increase in the number of available tower portfolios, so has the availability of cheap capital looking for a solid investment opportunity in the tower sector. This has led to aggressive bidding on quality tower assets. However, recent offerings that SteelTree Partners has put out have shown some weakening. While some bidders are still very aggressive, we are starting to see some pullback, especially from established tower companies. Simultaneously, more portfolios of lesser quality have and will come on the market as developers who pursued a build to relocation strategy start to attempt to sell their portfolios and find that the market values of these BTR towers differently. A few stalwarts in the tower industry already put up their portfolios at the end of 2019, while some of our brokerage clients who have decent size portfolios have already indicated they will sell in 2020. The net result is that the market will reach its pinnacle this year, although it won’t necessarily decline in the near term from that peak.

While the upward direction of valuation of towers may flatten, the lease buyout market for ground leases under towers and rooftop cell site leases will continue, with some buyers continuing to pay aggressive pricing for preferred leases. 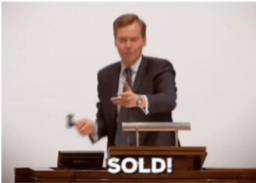 By preferred, we mean multiple tenant sites or those anchored by AT&T, T-Mobile, or Verizon. We have observed new groups of buyers emerging that don’t have a lot of wireless experience but who do have family or private equity money. Whether these companies intend to hold a longer term or expect to flip and exit after acquiring a bulk of leases, they are bidding aggressively in an effort to acquire tower leases. Already in 2020, we have been seeing some creativity from buyers as they attempt to distinguish themselves from the pack of callers.

8. CBRS Interest From Enterprise Entities Increases, But So Do the Questions.

OEMs are pushing CBRS private-LTE options on enterprises aggressively as the easiest way to build a wireless network without WSP involvement. It’s hard to go to a conference or a tradeshow without hearing about CBRS. It’s even harder still to find answers about how private CBRS deployments will reliably connect to the WSP core over the long term unless the WSP is on board. Still wondering what prevents a WSP from revoking roaming or access rights or starting to charge for them or simply failing to acknowledge a private CBRS operator at their discretion?