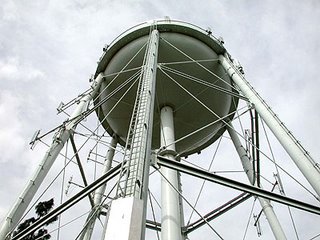 We recently provided a consultation for a municipality that was pondering the sale of its cell tower leases on its water towers and electric transmission poles to a lease buyout firm. Like many municipalities, this particular city was looking at the lease buyout as a means of increasing available funds without raising taxes.

The lease buyout firm had offered approximately 9 times the annual rental income for the rights to these leases for 30 years. We advised them on what the proper amount of the lease buyout should be were they to go forward with the lease buyout firm’s offer. We also advised them that if their goal was to maximize the lump sum, that they were better off considering the sale of the “wireless asset” entirely. Since a municipality would not have an interest in selling the water tower- we suggested that they could sell the current wireless leases and the potential for future leases.

By offering the sale of the “wireless asset” (like a cell tower), the municipality could capitalize on the robust tower market and open the bidding opportunity up to 10-15 more bidders. (There are only a few lease buyout firms). By doing so, the municipality would receive higher offers- possibly ranging to as much as 15 times their annual rent.

The transaction would be structured as the purchase of a fixed term easement- say for 30 years. The municipality would sell the current and future rights to lease the water tower to wireless carriers for that period of time. In return they would receive a higher lump sum today. The easement would mirror the current leases. The purchaser would have the opportunity to market and collect income from any wireless tenant using the water tower. Given that some of the lease buyout firms request 50% of the additional revenue as part of the purchase of the site, the municipality was in essence selling the additional 50% for almost a 60% increase in the purchase price.

Clearly, the municipality gives up some rights with the sale of the easement. However, these rights should mirror those given up in the existing leases. If the leases prohibit unauthorized access to the water tower or set established times when the sites can be accessed, those can be in the easement as well.