Hasty Decisions Made by School Boards and Churches

Hasty Decisions Made by School Boards and Churches 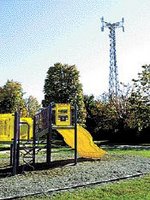 At Steel in the Air, Inc, we have assisted a number of municipalities with cell phone tower lease proposals at schools. We have also provided guidance to a number of schools, both public and private across the United States.

To our surprise, in some circumstances there has been little to no public opposition to the proposal to place a tower at a school or a church. The surprise comes from the fact that rarely are tower proposals at schools and churches unopposed by local residents. These residents rally to the cry that “towers will cause unknown health problems in our children” regardless of whether they have studied the issue or not. This post is not to suggest that these parents are rationally protective or hysterically uninformed, but to suggest that schools and churches should know in advance that parents will in all likelihood object to the proposed cell phone tower at the church or school. And that such opponents can become very vociferous and actionable.

In a recent newspaper article, “Cell tower plan on tap for Middletown zoners” in the Ashbury Park Press, a local School Board requested that it’s attorney send a letter to Verizon AFTER they had already signed a lease to allow a cell tower on school board property. “This letter is written at the unanimous direction of the Board of Education, to advise you that due to overwhelming pressure and expressed concerns from the citizens of Middletown, the Board is hereby requesting the cancellation of parties’ Agreement prior to the completion of Verizon’s application process and the Commencement Date of the Agreement.” There are numerous other situations that we are aware of where the same thing occurred. Some of Steel in the Air’s own clients have contacted us after they signed a lease to inquire whether they can terminate it because of significant public opposition. We now tell all of our school/church clients that they need to assess whether they can accept opposition from neighbors before they sign.

My issue with the position of the school is not that they would object to the placement of a tower on school property. It is clearly their right and obligation to protect the children at the school. While I believe that towers are fundamentally safe with rare exception, I don’t question the board’s right to make a decision that the income may not be worth it.

However, I object specifically to the ignorance of this school board in not considering the issue prior to voting to accept the lease. They clearly like the dollar signs but failed to consider the possible adverse reaction. All they would have had to do is read the paper or search the Internet for hundreds of stories whereby there was opposition to a cell tower on the basis of health. And in failing to do so, the board was irresponsible.

Since the Telecommunications Act of 1996 and subsequent case law prevents local zoning officers and boards from denying a tower proposal on the basis of health- the residents turned their anger to the school district. The School Board caved to the pressure of the residents and chose to not honor their word/contract with Verizon. In essence, their negligence may cost Verizon a minimum of $30,000 in site acquisition costs, architectural and engineering services, environmental review, tower manufacturer fees, and the like. In the end, this all could have been avoided had the School Board acted responsibly rather than on public pressure. A contract is a contract. I assume that Verizon could bring an action for breach of lease and for damages- but suit against a school district may not be an publicly acceptable course of action.

In the future, perhaps other school boards or churches might actually consider the potential ramifications from approving a cell tower on school district property before they simply negotiate fiscal terms and sign a lease. It would save both the wireless carrier and the school board a significant amount of aggravation.