As pointed out by Inside Towers, construction drawings for a DISH NB-IOT installation are available here. We reviewed the drawings carefully and have some observations.

What is DISH installing?

DISH appears to be using one 3′ satellite dish for backhaul purposes. The drawings include a designation that a second location must be available on the platform. 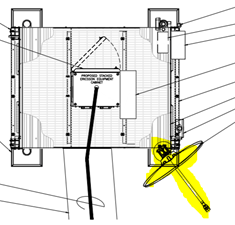 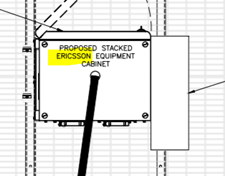 DISH is installing 3 larger tri-band panel antennas made by Comba along with 8 remote radio units. The antennas are being installed as high as possible on this particular 225′ tower which makes sense for an NB-IOT installation.

This particular installation is on an SBA tower- we have heard that SBA is getting a sizeable portion of the initial round of DISH installations. We will confirm that later as more requests come in.

What does this mean for tower owners, investors, and landowners?

For tower owners, any new company adding collocations to existing towers is welcome. The collocation amounts to additional revenue, although expectations are tempered because of the lower number of DISH sites that will be deployed initially in an effort to keep their FCC frequency licenses. Private tower owners won’t stand to benefit as much as public tower owners- primarily because it appears that DISH is focusing on deploying sites quickly which is best done by a master lease agreement with public tower companies. Because NB-IOT doesn’t require the same degree of location specificity as traditional cellular, DISH has more flexibility in terms of optimizing cost and speed as opposed to location. The real question left outstanding is when and if DISH intends to install a full-blown network- which we won’t likely know for some time.

For Landowners, unless your ground lease is with a public tower company and it has a revenue share component in it, you won’t likely see any additional rent. Some building owners in urban areas may see some limited interest especially on taller buildings.

For Investors, while this is slightly positive to the public tower companies, the initial number of sites isn’t significant enough to get excited about. There isn’t likely a significant upgrade path for these sites, so amendment activity in the future may be limited. For DISH, it is too early to tell what this means. The site design is indicative that DISH has plans to operate an actual network, but whether DISH actually deploys enough sites to have a robust NB-IOT network remains to be seen.

Why Did My Crown Castle Lease Revenue Share Payments Go Up or Down?

Merry Christmas – Your Property Tax Just Went up $14,000 due to your Rooftop Cell Sites