Will Apple’s New iPhone X and iPhone 8 Work with all your Wireless Carrier’s Frequencies?

Will Apple’s New iPhone X and iPhone 8 Work with all your Wireless Carrier’s Frequencies?

So, with great fanfare, the iPhone X and iPhone 8 were announced yesterday. The phone display looks amazing while it remains to be seen whether the new features on the phone are as game changing as Apple presents them to be. 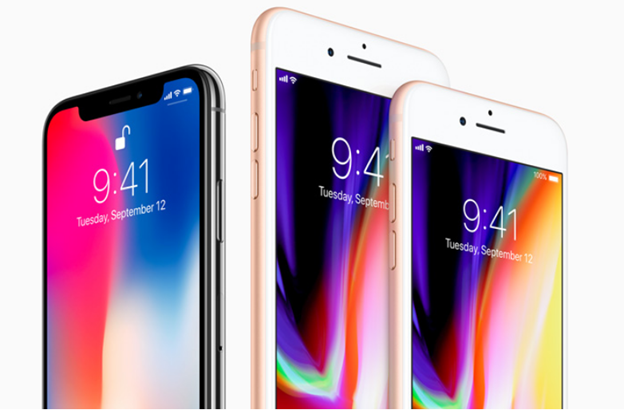 Note the two models (A1865, and A1901)- one of which will accommodate CDMA and the other one which does not. As the note indicates, CDMA is used by Verizon and Sprint, although both companies are converting now or will convert from CDMA (2G/3G) to LTE (4G and soon to be part of 5G) entirely in the near future. Unfortunately, this list is difficult to decipher, so we put together this chart to help illustrate which bands are on the iPhone and notably, which ones are not for each of the Big 4 wireless carriers here in the US. This chart shows what LTE bands each wireless carrier uses in the last 4 columns and which LTE Bands are supported or not in the On New iPhones column. If you aren’t familiar with LTE, see this article that explains it further.

List of carrier bands in use are from this chart at Phone Arena.com– also, LTE Bands came from Wikipedia

So, what does this chart tell us? It tells that most LTE frequency bands used in the US are supported by the iPhone 8 and iPhone X. In other words, your new and shiny iPhone 8 or iPhone X will work on the majority of all LTE bands. The only two bands not supported are AT&T’s FirstNet 700MHz spectrum and T-Mobile’s (and other smaller carrier’s) 600MHz spectrum that they recently won in the Broadcast Incentive Auction. In other words, public safety users won’t be able to use the phone to connect to FirstNet. As it pertains to T-Mobile, while you will be able to connect to their 700MHz and PCS/AWS frequencies, you won’t be able to have as fast speeds in rural areas due to the lack of inclusion of 600MHz frequencies. Without making this article too technical, the more frequency bands available to your phone, the more simultaneous sets of data that can be sent back and forth. This is known as carrier aggregation, and it is what allows carriers to provide faster and faster throughput speeds to your device.

We suspect that Apple chose not to include these frequencies in the phones primarily because neither set of frequencies has been deployed on any scale, so users aren’t inclined to complain if they aren’t available. We anticipate that Apple will include Band 14 FirstNet frequencies in the next iteration of the phone, but the absence is notable especially given the number of public safety users that are potential subscribers on the AT&T/FirstNet network.

Is This a Small Cell or Just a Small Macrocell?