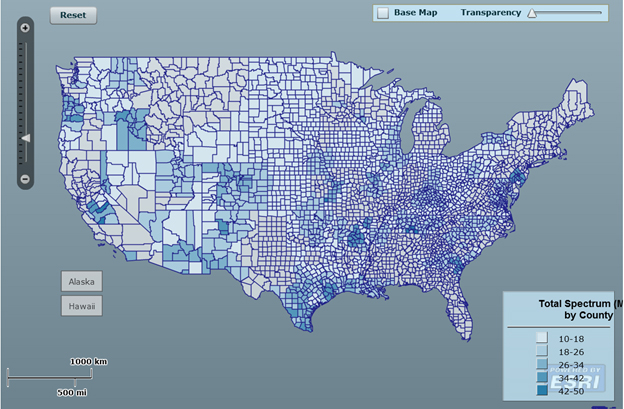 Leap Wireless Spectrum Holding Prior to AT&T Merger across US – From FCC.gov

On July 12, 2013, AT&T announced plans to acquire LEAP Wireless (Cricket). AT&T will acquire LEAP for $1.2 billion dollars, however the transaction excludes the 700MHz spectrum that LEAP owns in the Chicago metropolitan area. AT&T will get 23MHz of the spectrum, covering 137,000,000 people in the areas where LEAP Wireless (Cricket) currently has coverage. (See the map below for LEAP’s nation-wide spectrum holdings.)

What does this wireless company merger mean to leaseholders?

AT&T’s acquisition of LEAP Wireless is a strategic one in that it:

LEAP Wireless (Cricket) currently has approximately 9,700 sites across the US, according to Macquarie. AT&T and Cricket leaseholders should be asking what impact this merger will have on AT&T and Cricket cell tower leases. Here is what we think could or will happen.

If you have an AT&T or a LEAP Wireless (Cricket) lease and are concerned about what may happen, please contact us. We can review your situation, keep you apprised on how the wireless industry is viewing this situation, determine whether AT&T and Cricket both have nearby sites, assess whether your lease(s) are at risk, and advise you on the best course of action regarding your leases.