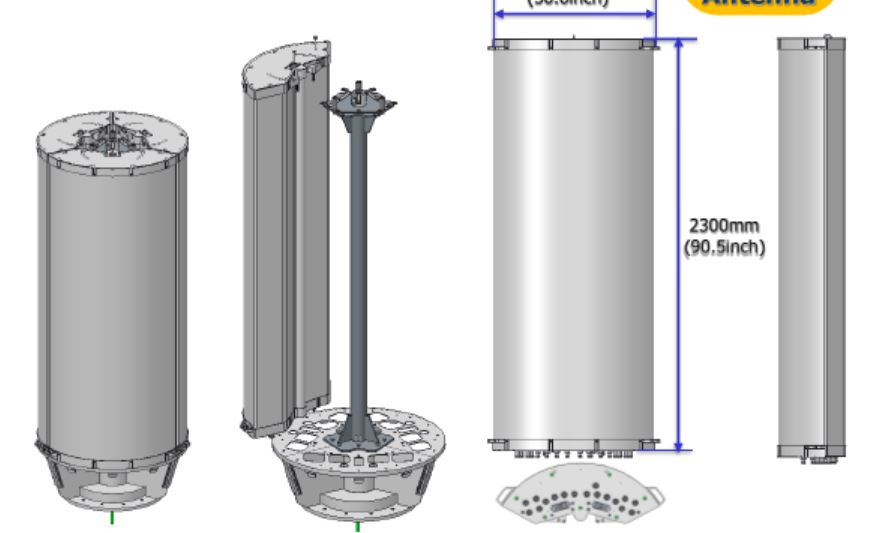 On one of our municipal client's towers, Sprint submitted a request to replace three existing antennas with new antennas that add 2.5GHz capability to their equipment.  The subject tower is in a difficult zoning jurisdiction and one where Sprint really doesn't have any other options.   Their collocation rent was on the higher side but not unreasonably so- and the three other wireless service providers were all paying the same or higher rent.

Because the antennas were the same size or smaller, we did not recommend a rent increase for them.  However, Sprint was adding remote radio units and other equipment so we recommended a fairly nominal increase.  Rather than accept the newly proposed lease terms, Sprint instead asked whether they could replace the existing equipment on the tower with three of these antennas and get a reduction in rent.

The proposed antennas are larger than the existing antennas, but Sprint appears to be wanting to go from 9 panels to 3 of these antennas.  (Not 3 of the canisters)  These panels will accommodate all of Sprint's spectrum bands but would seemingly limit their capacity and number of simultaneous users.   These appear more suitable for a mini-macro as opposed to a macrocell, but I would welcome any thoughts readers have regarding this topic.

At the end of the day, we advised the client that the value of their tower is its unique location, not the specific loading that Sprint is placing or removing from the tower.   Obviously, there will be situations where a reduction in loading or equipment would justify a reduction in lease rate, but this isn't one of them.