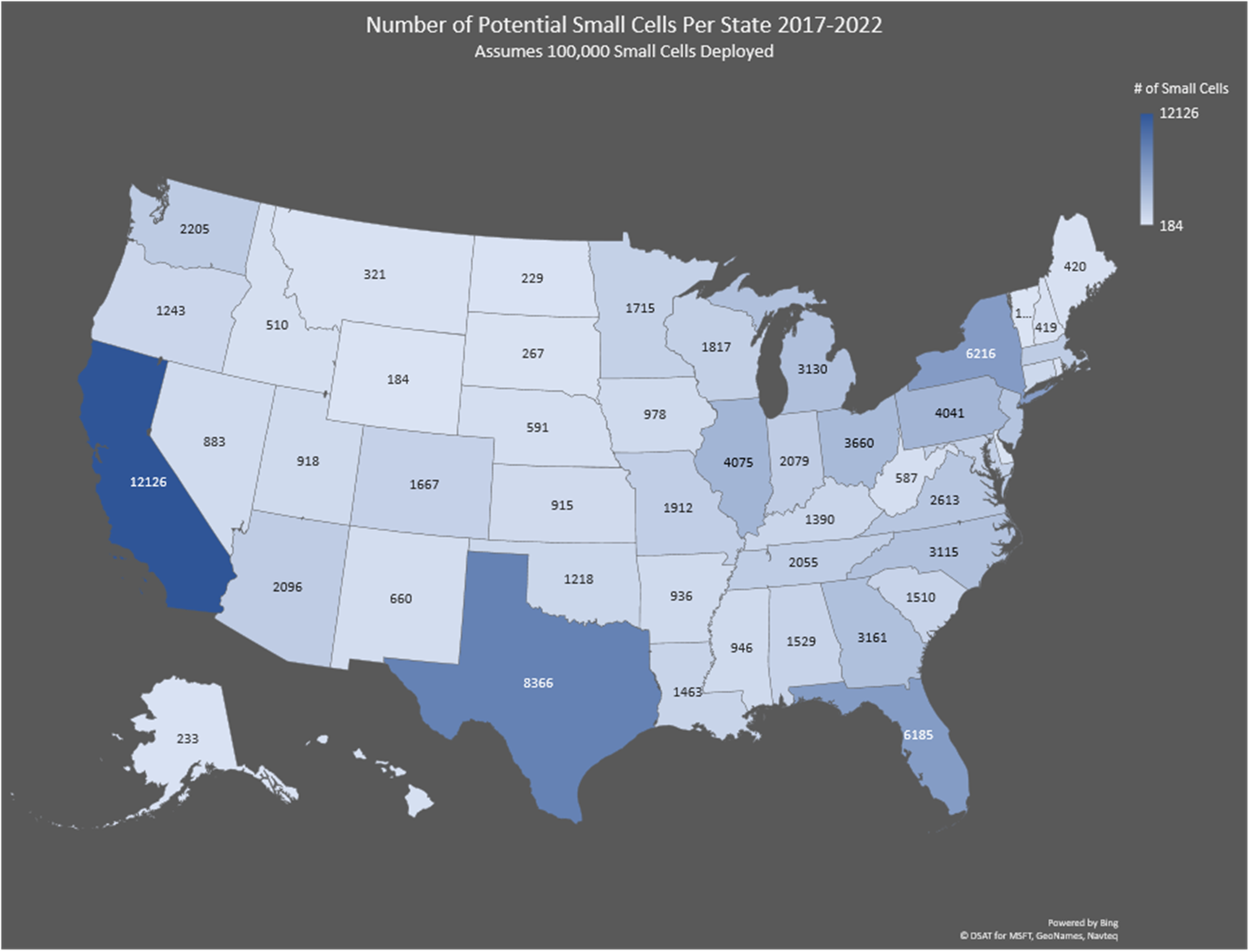 To show the impact of 100,000 small cells being deployed in the US over the next few years, we looked at total population per state and created this map which assumes that small cell deployment will follow population.   In other words, a state's relative population is used as a proxy for small cell need in this map.   In reality, there are many more factors which will influence the number of small cells in each state.